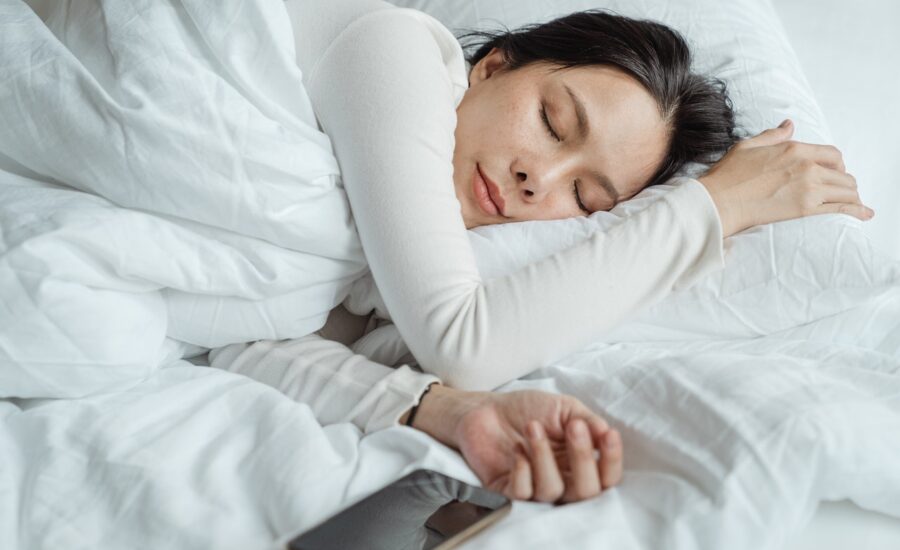 Well, unfortunately for a highly mobile generation, the answer is yes. There are some harmful body functions that could happen when you choose to use your cell phone as a cuddle buddy. Let’s discuss why sleeping next to your phone is a bad idea and, hopefully, convince you to keep it a few feet away from your cozy bed.

Does sleeping next to your phone affect your sleep cycle?

Yes, it can seriously mess up your sleep! Smartphones emit high levels of radiation which can cause disfunction or unbalance to your biological clock. In this way, sleeping next to your phone could actually lead to more nightmares because your cardiac rhythm could be thrown for a loop. Sleeping next to your phone can also contribute to restlessness and frequently waking up throughout the night.

What could happen if I keep my phone in my bed?

How can I prevent my cell phone from disturbing my sleep?

Knowing this information now, take every precaution you can as a cell phone user and please have a cell-less sleep tonight.