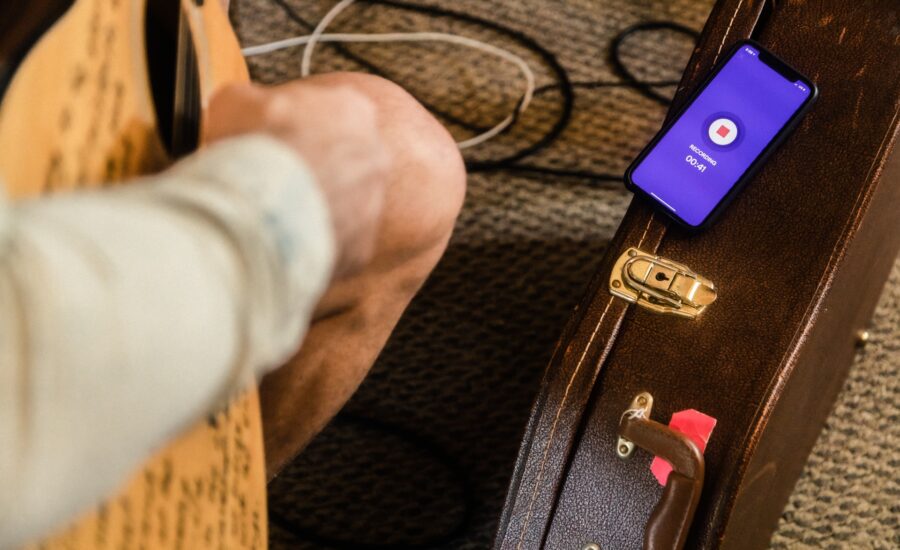 Is my phone listening to me? It’s a question most people can’t help but ask after noticing a product advertisement on their social media for something they just talked about aloud. From a marketing standpoint, this is an effective tactic. But from a smartphone user, this could be seen as creepy and intrusive. The fact of the matter is that your phones really are listening to you, but not in the ways in which you may think they are. Let’s unpack voice triggers and what they mean for smartphone users, as well as share some tips on how to prevent your phone from listening to you if you feel slightly too uncomfortable with the answer to this popular tech question.

Why is my phone listening to me?

Your smartphone includes voice triggers that pick up on certain wake words you use that become processed by your device. Much like virtual assistants, your smartphone waits for your wake words and voice data becomes recorded on your phone – further manifesting itself in the target advertising you see plastered all over your social media feeds. Now you may ask, how do companies get away with these spy tactics?

Is it legal for my phone to listen to me?

In short, yes. For one, when certain apps like Instagram and Snapchat request your phone’s microphone, and you tap ‘allow,’ you’re essentially giving them permission to hear you. And for smart assistant services like Siri and Google, they depend on audio triggers to capture bits of vocal data from your conversations that can appear as “coincidental” ads on your social networks. Why is my phone listening to me? Well, privacy policies and end-user agreements allow for voice triggers in the digital age to be perfectly legal. This makes for effective and personalized advertising that seems accurately geared to you or what you’ve already been searching for. Think about voice triggers as another smartphone tool such as location tracking or browser cookies!

Should I be worried about my phone listening to me?

Not necessarily, unless you have a really bad spending problem and can’t resist the targeted advertisements that head your way! For instance, Facebook, Google, and Apple aren’t selling your personal data to third parties. Your data is merely a leverage for advertisers and marketers to target specific smartphone audiences in order to sell more stuff you probably don’t need but begin to want when you see so many ads for it. But, if this overconsumption worries you, there are some ways to disable your smartphone’s listening abilities.

How can I get my phone to stop listening to me?

In order to revoke your smartphone’s spy status, there’s a few handy tricks you can do:

How To Turn Off Siri

Siri is an attentive and looming iPhone feature that, when turned on, will listen to you through the microphone- patiently waiting for you to say “Hey Siri…”. If you want to turn her off, simply go to your iPhone’s: Settings – General – Siri – then toggle ‘Allow Hey Siri’ to Off.

How To Turn Off “OK Google”

“OK Google” is an automatic voice trigger that calls for Google Assistant on Android smartphones, Google Home speakers, and Chrome browsers. When you use “OK Google”, your requests are recorded and saved to your Google account. If you want those recording deleted, you can always access the My Account tool which lets you view and delete recordings OR you can turn off “OK Google” on your Android by going to: Settings – Google – Search & Now – Voice – Then turn “OK Google” detection to Off.

Chances are: you’ll see most targeted advertisements on your Facebook newsfeed. Even though it’s still not entirely proven that Facebook is in cahoots with voice triggers, you can be extra sure that your phone isn’t listening to you while you’re scrolling through social media by:

If you have an iPhone, going to Settings – Facebook – Settings – then slide the Microphone switch to left so it turns from green to white (that means Off)

For other apps that tap into your smartphone’s microphone, such as Snapchat, WhatsApp, and Instagram, you can turn their microphones off by going into your phone’s Settings – finding the specific app – then switching their mic to Off.

Now that you understand a bit about voice triggers, you be the judge whether you trust your smartphone’s listening skills.